Projects are a cornerstone of action learning. In Gaia U, we learn through real-world projects that stretch our skills, deepen our knowledge and build our confidence while having an ecological and social impact.

Below is an overview of the projects I have engaged with at different stages of my MSc programme. I have summarised the key outcomes of each project, and in some cases identified my key learnings.

Empty Cages Design is my self-employed work that involves consultancy and freelance tutoring. The main element is my website that profiles my design, writing and organising work, as well as my learning journey. I intentionally re-branded from Wild Heart Permaculture in 2014.

Feed Avalon is the workers cooperative and social enterprise that I established with a friend in 2013. We officially launched in 2014 and have now grown to a team of six part-time workers. Feed Avalon is dedicated to creating socially-just and ecological food systems in Glastonbury, Street and surrounding villages. Since it began, my role has involved a lot of director responsibilities such as accounting, as well as project management, grant applications, coordinating the EAT project and marketing, graphic and website design for the co-op. 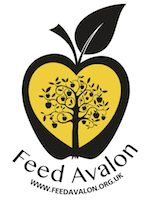 Brook End is the 4-acre smallholding that I manage with my family in Somerset. It is an abundant site with amazing vegetable gardens, medicinal garden, pollytunnel, orchard, greenhouses, wood, field and stream.

(Projects started at the tail-end of my MSc)

Corporate Watch is a not-for-profit co-operative providing critical information on the social and environmental impacts of corporations and capitalism. Corporate Watch exists to investigate corporations, explain and analyse how corporate power and capitalism work, and provide research for people striving for social change. In August 2016, I was hired to join the co-op part-time and focus on investigating the prison industrial complex.

SoilHack is a knowledge sharing network focused on soil. It is part of the FarmHack movement and has been born out of the need to save what soils we have with the best information possible.

In the UK, SoilHack has existed as a twitter account, shared email list and wiki to share information on events and latest soil research. In May 2017, we organised the first national gathering and I was part of the core group to organise it.

I was employed with local charity, Somerset Community Food, from 2011 - 2014. It was an incredible opportunity - well paid, part time work, in a field I am passionate about. I learnt huge amounts and have gained skills that will support me for a lifetime. However the under-resourced, grassroots charity, with poor staff support and little or no strategic vision, led me to burn out.

I was part of organising the first Radical Herbalism Gathering in the Uk in June 2013. The gathering focuses on bringing together the physical, emotional, social, political, spiritual and environmental aspects of health, with a focus on herbalism. We hosted the first gathering at Brook End, where I live. I then helped to organise the second gathering in Shrophire in 2014, with more than 300 people attending. I then withdrew from the collective, to focus on anti-prison work.

Frack Free Somerset is a coalition of grassroots groups organising against unconventional gas exploitation in Somerset, the county where I live. We started in May 2012, following a public meeting organising by national group, Frack Off. I threw myself into organising and FFS was a ‘zone 1’ project for more than 2.5 years. Reclaim the Fields is a constellation of people and collective projects willing to go back to the land and reassume the control over food production. They are determined to create alternatives to capitalism through cooperative, collective, autonomous, real needs oriented small scale production and initiatives, putting theory into practice and linking local practical action with global political struggles.

I was very active with RTF throughout my MSc until the last two years when I got sick and needed to renegotiate my commitments. 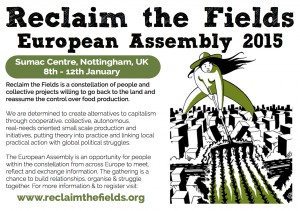 The Empty Cages Collective is a small collective focused on building a movement to dismantle the prison industrial complex in the UK. It started in 2014 and has been a constant project through my MSc.

Too many to list! The outcomes can be summarised as:

Bristol ABC is a prisoner-support group that work with others across the world to act in solidarity with political prisoners, prisoners of war, and those incarcerated due to our racist, sexist and oppressive society. Bristol ABC is a small, local group who organise events, fundraisers, maintain a blog, and generally keep prisoners at the centre of struggle.

Smash IPP is a campaign fighting for IPP prisoners and to retrospectively abolish the IPP sentence. IPP stands for imprisonment for public protection. They were a kind of indeterminate sentence introduced in the UK in 2005 that effectively created a life sentence for minor crimes. Thousands of people are trapped in the prison system with no release date.

IWOC is a committee that is part of the global union, the Industrial Workers of the World. IWOC focuses on prisoner solidarity and supporting prisoners to unionise. IWOC started in the US and organised the biggest prisoner strike in world history. They have been supporting us to start a group in Wales, Ireland, Scotland and England.

Sven and Natasha are two defendants who have experienced 6+ years of state repression following their alleged involvement in a campaign against an animal testing company. The support group has aimed to support them politically, emotionally and financially. Sven was recently sentenced in January 2018 to 5 years in prison and Natasha received a suspended sentence. The support group has now changed to ‘Free Sven’.

Sam is my best friend. She is a miscarriage of justice that has done over a decade in prison fighting to appeal. She was diagnosed with cancer in 2016 and a 21 month battle commenced with the prison service to access medical treatment. The Freedom for Sam campaign has aimed to generate political and practical solidarity for Sam to fight the medical neglect and raise awareness about her case.