Professional development is one of the main goals of an education with Gaia University. By allowing my work and projects to be the centre of my learning, I have thrived in developing the skills I need to work professionally in my fields of agroecology and in movements for social justice.

The overarching goals that I set in my capstone year LIPD were to:

To have a thriving livelihood:
•    Designing & managing innovative, impactful agroecological projects
•    Growing food and plants to share and sell that can restore my local landbase & feed my community
•    Creating radical opportunities for learning
•    Undertaking research that improves people’s lives and moves us towards an anarchist agroecology
As well as:
•    To have a well-visited website, Empty Cages Design, that generates abundant opportunities and connections
•    To develop my writing abilities and consistently produce high-quality writing
•    To have written my book on anarchist agroecology and secured a publisher
•    To develop as a Diploma Tutor and Gaia U Advisor

All have been achieved apart from the goal to write a book on anarchist agroecology. I feel this is a significant achievement! I also do not yet have a livelihood growing plants, but this is in the design stage (it was negotiated due to developing costochondritis).

Below is a table of my other professional goals that I have achieved or negotiated and the commentary beside them. Please note this is complementary and NOT part of the wordcount.

At the beginning of my capstone year  of my MSc I created a skill flex spreadsheet to help me identify the skills I wanted to develop during my program. I recorded my confidence level (green being confident, orange less so and red not confident) and if the particular skill had been cultivated in my pre-capstone phase. I then recorded during each output which skills had been recorded. You can view the spreadsheet here: https://docs.google.com/spreadsheets/d/12FsF3TbpYqc3JrRbDa2DyYpN3kEAGUVxmOxwGoy52jo/edit?usp=sharing 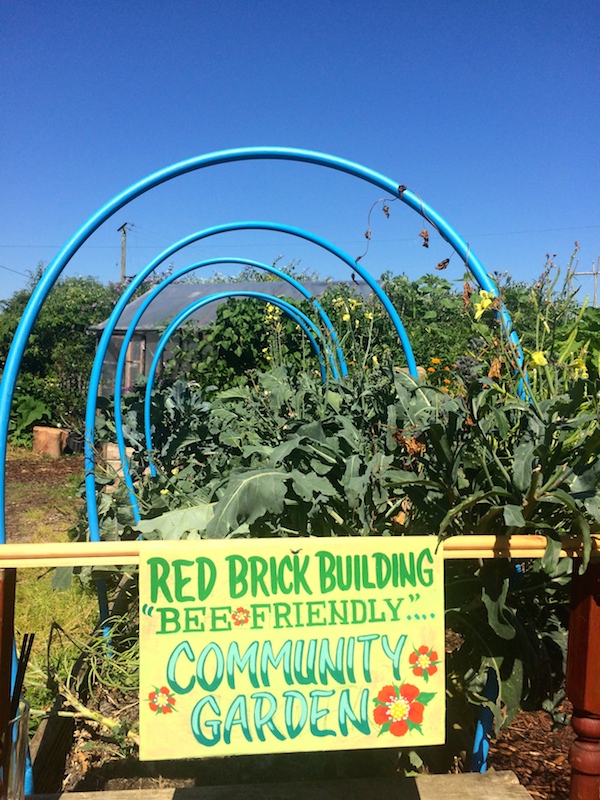 I hope it is clear to the reader that I have developed a phenomenal amount of skills during my masters. I believe it highlights the power of the Gaia U pedagogy.

In addition to using the spreadsheet, I have also summarised the key skills I have developed below to draw stronger attention to my key areas of skill flex development:

In order to assess myself in relation to the fields I work within - loosely categorised as agroecology and the food sovereignty, anarchist, animal liberation and prison abolition movements. I looked at my length of experience in the field, practical experience, knowledge and skills, dissemination efforts, movement building and levels of respect. This assessment has been an extremely useful exercise that can aid both the tracking of my development, but also how I craft my learning pathway in my capstone year.

You can see the different tabs at the bottom of the spreadsheet showing my development from 2015 - 2018.

Developing as a Designer

While my degree is not focused explicitly on design, our use of design and our competency with design tools is one of the key criteria tracked by Gaia University. This section shares my reflection on developing as a designer during my MSc.

When I first encountered design I was in the realm of novice; all the concepts felt very alien and it felt like learning a whole new language. I could not easily work out the difference between design process and design tools, and it was an exercise in and of itself to choose an appropriate design framework for whatever was my project, whether that was designing a garden or my own learning pathway. Undertaking the Diploma in Applied Permaculture Design and completing my Bachelors Degree in Integrative Ecosocial Design, were, therefore, a huge stepping stone towards this MSc. With both of these qualifications focused on design, it also enabled me to use my MSc to focus more on the content that I wished to study and explore in the field of agroecology rather than explicitly focusing on design.

However, once one learns the processes of design, in my opinion, they never go away. It is now with little conscious effort that I will automatically jump to a design process before making any kind of a larger decision. To give two tangible examples: my close friend was recently in a coma due to a brain infection that had developed from an untreated ear infection in their prison. After the first day of shock, I then sat next to my friend's bedside in the hospital and started to mindmap our needs - mapping out our support needs, herbal and nutritional support for myself enduring long days and chronic stress, Taylor’s needs, different scenarios e.g. If they died. Even in a highly stressful acute situation, design proved to be a major tool in ‘imposing creative order’ in the words of Bill Mollison.

A second example was as simple as discussing with a friend about getting a new phone. In response, I said unconsciously “yeah I just need to do a design process to figure out my needs and budget”. My friend laughed but I realised then, the need to design has been embedded within me.

Professionally, my MSc work has enabled me to explore different designs within each of the output packets. In my pre-capstone year, this included designing for my own healing, applying design to a local anti-fracking campaign, designing my social enterprise Feed Avalon and more. I also undertook a number of professional design consultancy projects during this period including a large forest garden for a 30-acre veganic farm.

While undertaking the Diploma in Applied Permaculture Design and my BSc, the design frameworks I used tended to be more formal or established. For example, GaSADIE or SADIM or OBREDIMET. As I have grown more confident with design, I now increasingly just craft my own design framework that is not dependant on an acronym. This process is mostly one of observation and careful decision making using analysis tools, followed by making these design decisions for interventions and implementation, and then finally getting things done and reflecting on the whole process. I find the cycles of re-design are also fairly endless. I used to see design as more of a static project to help me produce documentation for my qualifications, however, now it is more of an unconscious process that is integrated into how I work. I more attentively reflect. I encourage the collectives with whom I organise to reflect on our work and goals. I track how I want to change my life and so forth.

My main regret is that I no longer as attentively document my design processes as I did previously. This may be an indicator of my growing unconscious competence, or it could be that I am simply having to brutally prioritise my time due to my commitments and responsibilities. It is clear, in conclusion, that Gaia University has massively supported me to use design as a radical tool to make better decisions, consciously engage with my life more and have a greater impact in my projects.

To communicate the strategic impact of my work, I have used the concept of permaculture zoning.

Below is an image of permaculture zoning in relationship to socio-economic systems. You can see the full credit in the corner, but it comes from the work of designer Looby Macnamara and her work around ‘People and Permaculture’.

I have aimed to share commentary on my strategic impact within each of the zones. In terms of increasing impact, I made connections between how we can enable one zone to produce yields in other sounds, reaching further out through the nested system. For example, I may have overcome burnout as an individual, however writing about it and being read by people all over the world effectively increased the impact of a zone one project.

Projects in this zone have mostly been centred on my own self-care and health. These are the ways I have increased the strategic impact of this work:

My zone 1 is distinctively the beauty of Brook End - the four-acre smallholding where I live with my extended family. We have increased the impact of this small piece of land by:

Zone 2: the neighbourhood and Zone 3: the local community

Feed Avalon: as detailed in my project page, Feed Avalon is a workers co-operative and social enterprise that I started with a friend in 2013. We support our local area by organising accessible education in food system skills, organising events (such as seed swaps and harvest shows), as well as building up local food production infrastructure, such as our community gardens, community kitchen and mushroom farm. I play a pivotal role in enabling the coop to continue by doing some of the necessary administration, such as the accounts and tax returns etc. I also organised several projects including the EAT Project for four-years before stepping back this winter. Feed Avalon’s impact is very localised however, learners also come from the wider region and across the UK for certain national events like Soil Hack.

Bristol Anarchist Black Cross is a prisoner support group that organises locally in Bristol near me. We do work for UK prisoners, as well as people experiencing repression internationally. We have raised thousands of pounds for prisoners, and it is a good example of how a local project can have an international impact.

These are some of the national projects I have worked on during my MSc with a comment on the strategic impact of the work.

I see zone 6 as my work on an international basis. This involves touring mostly around Europe with an aim of generating defendants I support who are in prison for animal liberation activities.

Zone 6 is also about readership online and inspiring people globally to work towards a world without cages. I hope this is achieved via my website and its role in creating a resource for people working towards these goals.